About those “Killer” bees

As you likely know, the recent news about an aggressive hive of africanized bees found in Concord has been making the rounds in the last several days. Of course this has created alarm among some people, and has begun to generate some questions to the Bee Guild site. I started writing a response to one of these questions, and as my text grew, I realized it might make a better blog post than an e-mail. Here are some thoughts on the situation:

While the colony of africanized bees in Concord is concerning, it’s probably not something to be too worried about. The likelihood of encountering an africanized colony in this area is quite low, especially compared to many other risks people face every day. For example, we know that the africanized alleles (genes) have been present in our area for some time. As I recall, an africanized colony was discovered near Prunedale in 2006, and samples from Lafayette last year show the africanized genetics have been in the bay area since at least 2014, and probably years before that. So, they’ve been around for at least 10 years. However, the Concord hive last week is the only instance (that I’m aware of) of an extremely aggressive africanized hive since the one in Prunedale (assuming the one in Prunedale was aggressive).

There are probably on the order of 100,000 managed hives in the greater bay area (i.e. definitely more that 10,000 and far fewer than 1,000,000). So, given the observational history, in any given year we might hear about 1 aggressive africanized hive in perhaps 900,000 hives. In a given year, the risk of actually dying by being bitten or stung by ANY insect anywhere in the world (including where africanized bees are ubiquitous) is something like 1 in 22,000,000. This is a much lower risk than, for example, getting killed in a car accident (1 in 17,000), of drowning (1 in 83,000), or of dying in a fire (1 in 90,000). On the other hand, just hearing about an africanized hive in the area might be somewhat more likely than, for example, dying by lightning strike (1 in 4,000,000). Sources for these stats are from the Risk Communication Institute, and were derived from the National Safety Council.

It’s also important to remember that the africanized bees are really hybrids. All of the bees are Apis mellifera, and they interbreed. That means that the traits we see in both the local honey bee populations and the africanized newcomers will mix, and the africanized traits (e.g. aggressiveness) will be diluted as the alleles spread through the gene pool. This has already been observed in areas where the africanized alleles are present, like Arizona, Central America, and Southern California. As the Africanized bees spread, their aggressiveness evens out somewhat. The africanized characteristics are still present in hives in the area, just perhaps not as strong as a pure africanized colony, and everyone learns to deal with them. In fact, most – if not all – of the commercial beekeeping in Central and South America is now done with africanized strains. They have just learned how to work with them.

I recently heard a good comparison – it’s like having rattlesnakes in the area (which we do). We know they’re around, and when we see them, we know how to act around them (leave them alone). Once in a great while, someone will have an unfortunate encounter, and will need to seek medical attention. It’s really rare to hear about an actual death, though.

Also, beekeepers generally don’t like to work with unruly bees. Consequently, when the bees start to get a little jumpy (long before they get really aggressive), a beekeeper will usually re-queen their hives with gentler strains. I’m doing that with three of my hives right now. This behavior on the part of beekeepers will also tend to favor the gentler traits, and dis-favor the aggressive traits brought in with the africanized bees.

Finally, it’s also important to remember that the news about africanized bees tends to be the “interesting” news. We’ll hear about an aggressive hive or headlines that “killer” bees have been found in an area. That sparks people’s interest and sells newspapers as well as advertising. We won’t hear that the africanized alleles are being diluted, and the africanized colonies are getting less aggressive. Or that a cool winter has knocked down the prevalence of africanized alleles because they aren’t well adapted to colder temperatures.

Here’s a good post that one of our Guild Members, Dr. Allison Gong, did in her blog last year about africanized bees. She’s an invertebrate biology professor, and has a particular interest genetics, evolution, and ecology, as well as a fascination with bees.

So, yes, we should be concerned that the africanized colony was discovered up in Concord. We as beekeepers should be aware of it, and keep an eye out for those characteristics in the hives we encounter, and we should share any discoveries with the wider beekeeping community. However, the risk of encountering an aggressive colony is still extremely small. That fact should temper our concern and our response should be proportionate to other similar risks we take every day.

Join our mailing list and discussion group on Groups.io. This is where most of our communications and announcements happen: 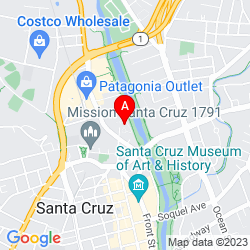